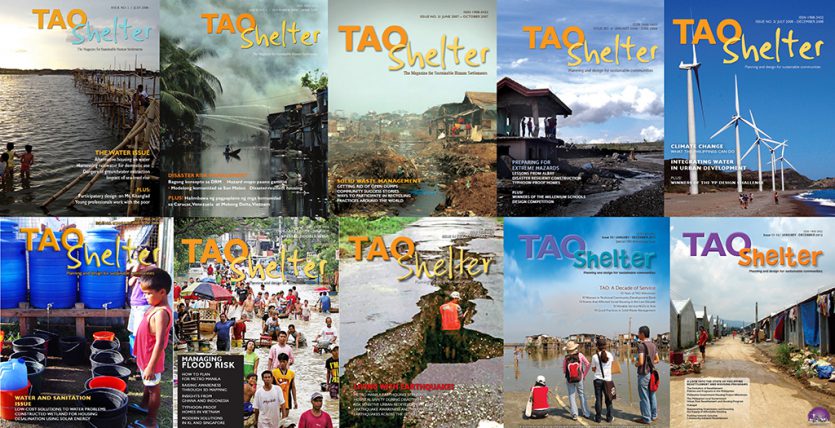 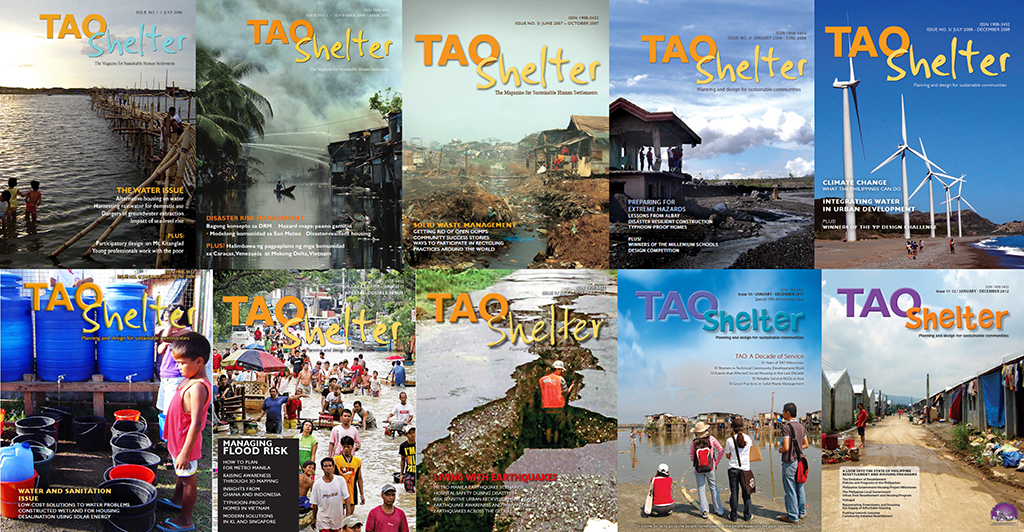 Publisher: TAO-Pilipinas Inc. with the support of Misereor
ISSN 1908-3431
Back issues: PHP100 per magazine
Kindle edition: $14.99 (an e-book collection of all TAO Shelter Magazine issues)

TAO Shelter Magazine is a bi-annual publication of TAO-Pilipinas released from 2006 to 2012 to promote the vision of sustainable human settlements. Each magazine issue has a thematic focus and features technical knowledge, experiences, good practices and perspectives on subject matters confronting the planning and development of human settlements.

Next
About The Author